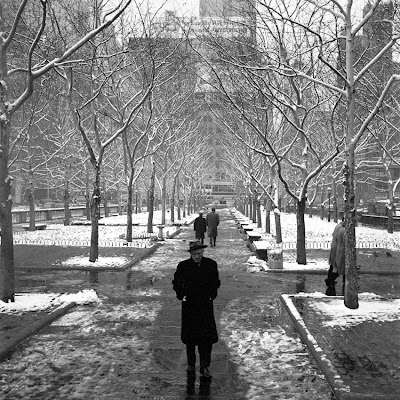 So I'm looking through my American Photo magazine November/December issue and find this series of photographs by Vivian Maier. I could NOT believe my eyes. These are the most beautiful photographs I've ever seen. I read the article and found out that this woman had shot an estimated 100,000 photos from the early 1950s until the mid-1990s. She died in 2009 at the age of 83. No one had ever heard of her. She was a nanny for a wealthy family in New York City and a very private person.

According to the article, there is no evidence that she studied photography formally. Her work was discovered in 2007 by John Maloof, a self-described "third-generation flea-market seller." He found some of her photos in a commercial storage locker being auctioned. He paid $400 for a box of more than 30,000 negatives.

Check out her work at the Vivian Maier website. 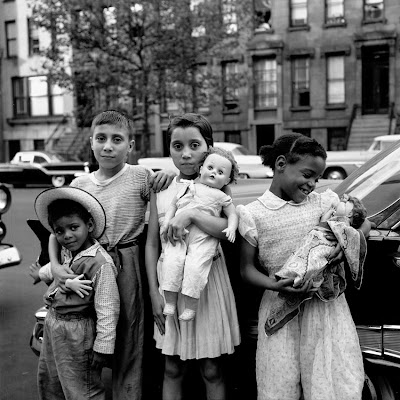 She's amazing. Photography is such an incredible art form - almost a stealthy one - we look at pictures every day, but ones with as much talent behind them as these are rare. I hope that taking the photos fulfilled her as an artist, and that she had a happy life. Thanks for the post, Luana!

These photographs are very interesting. What a treasure and nostalgic too. In the children's portrait it looks like the mid 1950's; I had a shirt like the boy on the left was wearing. They were called Polo shirts.

Craig: Photography is one of my passions. These are unique in that the artist was never recognized yet she created these amazing pictures. I find that as fascinating as her photographs.

Anthony: The image of the children really captured my heart and I just had to post it. I could look at it for hours. There is so much there...not just the beauty of the composition itself but the story it tells.

Another interesting thing about her early photographs is that she used this large unwieldy Brownie camera. It was obvious to her subjects that she was photographing them.