My Movie: The Newsboy 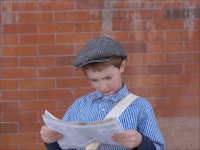 I entered a film in the Wyoming Short Film Contest. It's called The Newsboy and it's about a boy from 1912 who travels to the future to sell his newspapers.

The Birdman of Alcatraz (1962) Burt Lancaster and Karl Malden - based on a true story about Robert Franklin Stroud, the real "Birdman."


Some of my favorite prison flicks:

The Dirty Dozen (1967) Lee Marvin and John Cassavetes-- WWII flick with all-star cast including Ernest Borgnine, Donald Sutherland, Clint Walker, Telly Savales, Jim Brown, Charles Bronson - "Killin' generals could get to be a habit with me."

Cool Hand Luke (1967) Paul Newman, George Kennedy and Strother Martin - Kennedy won an Oscar for his role as Dragline - "What we have here is failure to communicate."

Papillon (1973) Dustin Hoffman and Steve McQueen - the first time I saw a prisoner eat a rat! "I accuse you of a wasted life!"

The Green Mile (1999) Tom Hanks and Michael Clark Duncan - skillful adaptation of Stephen King's serial short story. A creative mix of tragedy, humor and fantasy. "People hurt the ones they love. That's how it is all around the world."
Posted by Luana Krause at 5:51 AM 8 comments:

It was Billy Joel week at American Idol and you just gotta take a look at my top favorite performers of the night!

What's with all the fairy tale shows? 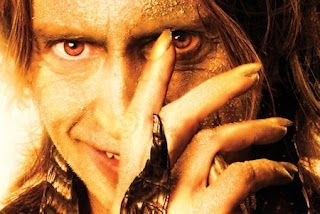 Let me say right off the bat that I'm a huge fan of the new TV show "Once Upon a Time," a delicious metamorphosis of reality and fantasy whereby the characters live parallel lives in both realities. It's one of the most creative and beautifully shot shows I've seen in a long time. As an avid TV Watcher and Movie Goer, that says a lot.

But I've noticed the copycat shows are starting to come out of the woodwork. Grimm; Mirror, Mirror; Snow White and the Huntsman...and there are probably more that will pop up like poison poppies in an Ozymandian meadow.

I don't understand the copycat syndrome. Has no one the ability or the desire to create an original story? "They" say there are no original ideas. I disagree. Yes, fairy tales have been around for ages, but the creators of  "Once Upon a Time" have taken the genre to another level. That's what I'm talking about.

Here and now I challenge creative people everywhere to THINK! Go for a walk. Take a trip. Clear your head. Ride a horse. Wash a dog. Bake a pie. DO SOMETHING! Color outside the lines. Think outside the box. Don't worry about what everyone else says -- write what's in your heart. Believe in yourself. Believe in others. 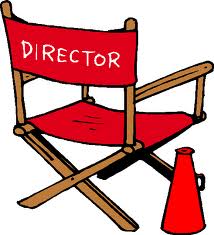 I haven't posted much lately because I've been in pre-production on a movie I'm shooting for the Wyoming Short Film Contest. It's been absolutely INSANE! But fun!

Today is the shoot and I'm pretty excited. My movie is a time travel story about a newsboy from Cheyenne, Wyoming in 1912 who travels to the Cheyenne of the future to sell his newspapers. As he explores the town, he experiences the modern amenities of the future such as computers, video games, ipods, kindle,etc.

Hoping to get the majority of the shooting done today and some pick up shots tomorrow. Deadline is April 4! Stay tuned. 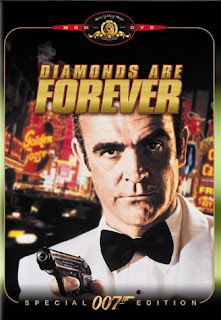 Next to Goldfinger, Diamonds Are Forever (1971) is my favorite Bond film. It may not be the most critically acclaimed of the Bond movies, but it holds special memories for me because it was one of the few movies I saw in the theatre with my family. We didn't have much family time and we had a lot of problems, but movies seemed to knock down all the barriers.

I absolutely LOVED the opening credits animation and the theme music. Watching Bond through the barrell of a gun and red "blood" dripping down to the sound of a cool bass guitar was thrilling. Oh, yeah!

Sean Connery on the Big Screen was amazing to say the least. Even at age 14, I could see he was a ten on the handsome scale. I loved the shiny red sports car with all the bells and whistles and the beautiful Jill St. John. The character name puns were so clever-- Tiffany Case, Plenty O'Toole, Bambi and Thumper.

I'll never forget the scene where James is trapped in a coffin about to be cremated. I thought there's no way in the world he could get out of this one! But lo and behold, he jumps out of the coffin calm and dignified without a wrinkle in his suit, like he was ready to go to a royal ball.

I was also impressed with Mr. Kidd (Putter Smith) and Mr. Wint (Bruce Glover). They were so creepy. The poison tarantula scene freaked me out!