Leonard Pitts Gets It Right Again 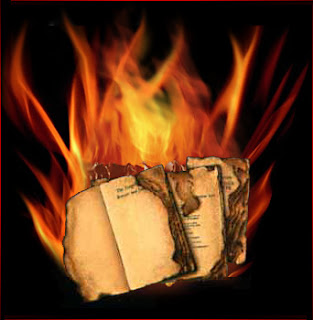 I have been a fan of Leonard Pitts, columnist for the Miami Herald, for years. He's the voice of reason in this crazy post 9-11 world and I always look forward to his columns. Today he took on Rev. Terry Jones, pastor of Dove World Outreach Center in Gainsville, Florida, who plans to build a bonfire and burn the Koran this Saturday, the ninth anniversary of 9-11.

It's hardly news anymore when a conservative pundit or public figure -- and yes, that's almost always the profile -- says something belittling, bellicose, ignorant or hateful about gay people, Hispanics, blacks, or undocumented immigrants. And Muslims? Lord, it has been open season on them for years, the increasingly strident denunciations of Islam culminating in this summer of discontent.

Hi Luana -- I've heard too many people try to characterize this minister as a "good" or "devout" Christian. I think he's just a nut.

I wish the media would stop reporting on him, and I wish they would boycott his little publicity stunt. It's a perverted and mean version of the balloon boy fiasco.

I agree, Patricia. The media keeps him front and center, giving him credibility, which is exactly what he wants.