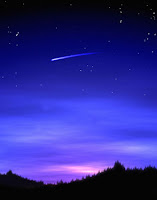 It is because of him that you are in Christ Jesus, who has become for us wisdom from God -- that is, our righteousness, holiness and redemption. Therefore, as it is written: "Let him who boasts boast in the Lord."

When I came to you, brothers, I did not come with eloquence or superior wisdom as I proclaimed to you the testimony about God. For I resolved to know nothing while I was with you except Jesus Christ and him crucified.

I came to you in weakness and fear, and with much trembling. My message and my preaching were not with wise and persuasive words, but with a demonstration of the Spirit's power, so that your faith might not rest on men's wisdom but on God's power.

I love how God uses the weak and lowly people of the world. The disciples were just fishermen, Esther was an orphan, Moses and David were shepherds. "God sees not as a man sees, for God looks on the heart."

Belle: It's amazing how God works in our lives...and it's not because of who we are but who God is.