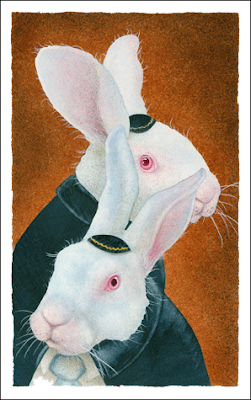 Posted by Luana Krause at 6:03 PM No comments:

Will Bullas and His Amazing Art 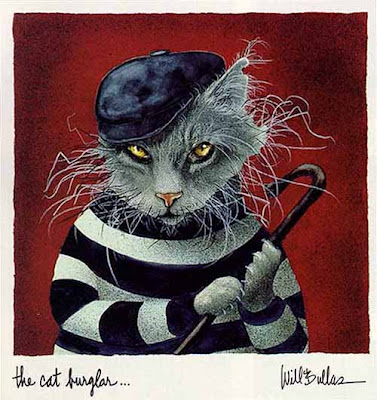 Okay. So I'm surfing online art galleries and clicked a local hangout called The Link Gallery. While admiring the artwork, I came across some amazing paintings by Will Bullas. Of course, I clicked on Will's website and got up close and personal with the most delightful paintings I've seen in years.

His works feature whimsical animals exhibiting human behaviors. I love his use of color and detail. Takes my breath away! The titles of his works are charming puns that are as much a part of the paintings as the images themselves. Enough with the chit-chat. Feast your eyes on the genius of Will Bullas! 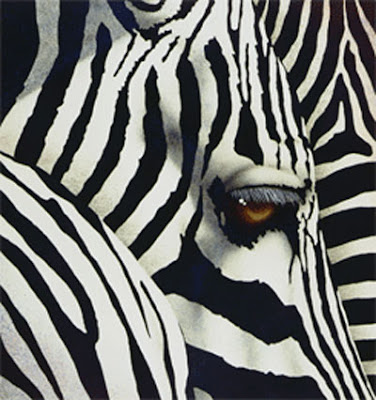 Do Zebras Dream in Color

Bad to the Bun 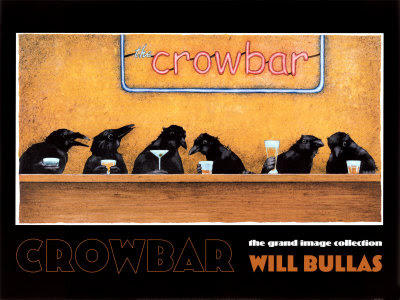 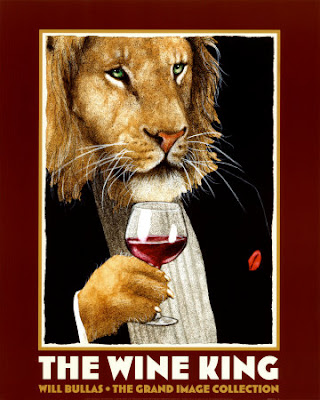 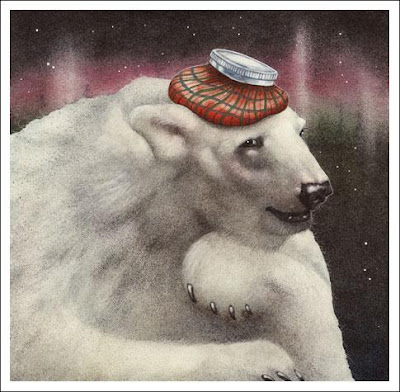 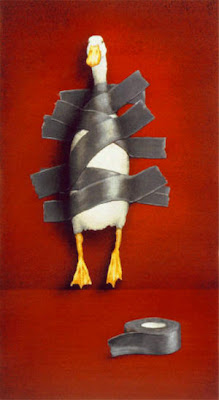 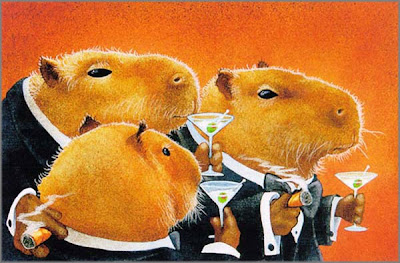 The Capybara Club
Posted by Luana Krause at 8:22 PM 6 comments:

...the only person in America watching "What Not to Wear" instead of the Super Bowl. For me, Stacy and Clinton are much more interesting. Today the dynamic duo helped a frumpy film editor named Amanda dress her age (36) and add some color to her life. Her new style is vintage 1940s with a modern edge. Her makeover was awesome, thanks to Stacy and Clinton!
Posted by Luana Krause at 7:21 PM No comments:

Searching for the best...

...creamy potato soup in the universe. Went to Applebees for dinner a few weeks ago and ordered the creamy potato cheddar soup. FANTASTIC! Ever since I've been wanting to make my own. I've been searching recipes online and found a couple of possibilities.

My sister-in-law Marsha is the family soup queen. She makes soups of all kinds and they are delicious. When we saw her in January (she lives in PA we live in WY), she made some chicken noodle soup that really hit the spot. Nothing like hot soup on a winter's day.

Hubby and I usually go on a date at least every other week. Dinner and a movie. Our favorite theatre is the Capital 12 and we always sit in the back row on the far right. Since we go to the movies during the weekday (hubby works weekends and I have afternoons off), there aren't many people in the theatre; usually less than ten. The only time there was a full house was when "Doubt" was playing starring Meryl Streep and Philip Seymour Hoffman. (Excellent film, btw...we also saw the play at the OpenStage in Fort Collins...WOW!)

This week we're going to see "Dear John." (solider falls in love with a college student while he's home on leave). Better than the alternative: "When in Rome" or "Edge of Darkness." I've read bad reviews about "Rome" and I'm not in the mood for a Mel Gibson action flick.
Posted by Luana Krause at 5:53 AM No comments: