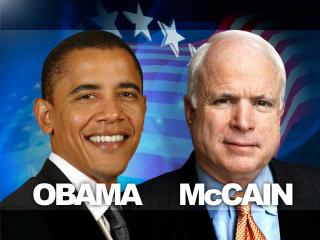 So I'm drinking my morning coffee out of my "McCain for President" coffee mug. Rather ironic since I voted for Obama. I always get a kick out of that.
I don't typically discus politics. It's one of the most passionate subjects of conversation and tempers can flare. Not a good situation for someone like me who hates confrontation.

Not that I don't have strong opinions. I just don't like throwing kerosene on a fire, if you know what I mean. People can get so angry. Ranting, raving, accusing...almost to the point of insanity. It's like they've lost all ability to reason and to hold a rational, polite conversation.

What's up with that?
Posted by Luana Krause at 6:07 AM

I don't understand it either. But I won't let my guest bloggers discuss religion or politics unless it specifically relates to their novel's plot. I don't want to do anything that will bring nasty comments to my blog.

The other thing that's driving me crazy is the absolute lies showing up in so many political ads, ads generated by mysterious independent groups sometimes not even related to the actual candidates. It's scary.

You're right, Patricia. It is scary. But after all, it is Halloween. Boo!