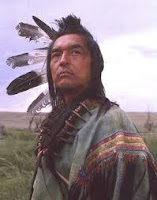 There is no denying that Dances with Wolves (1990) is absolutely amazing! Who would have thought that a three-hour Western would win seven Academy Awards and become one the best films of the 20th century?

For me, this movie has personal meaning. My ancestors were Cherokee and came to Indain Territory on the Trail of Tears. Most of my family still live in Oklahoma. The movie was filmed in South Dakota and in my home state of Wyoming. I've lived in Wyoming most of my life.

Produced, directed and starring Kevin Costner as Lieutenant Dunbar, Dances with Wolves is the story of a Union soldier who befriends a tribe of Sioux. Excellent casting with Graham Greene, Mary McDonnell and Rodney A. Grant. Everything in this movie works: the storyline, the authenticity of language and culture, the breathtaking cinematography. Costner's passion for this project was evident throughout.

One of the most amazing scenes is the buffalo hunt. It's not only beautifully filmed, but it's a turning point in the story. Dunbar begins to truly understand and embrace the Sioux. He is accepted as a member of the tribe. The buffalo is a metaphor for the Sioux way of life, and for the Sioux themselves...and what will soon be lost forever.

WIND IN HIS HAIR: Dances With Wolves! I am Wind In His Hair. Do you see that I am your friend? Can you see that you will always be my friend?

It is a terrific movie - and the last time Costner was in full control as a filmmaker and didn't let the project run at least a little off the rails. I wonder what changed there? I have to suspect he started believing his own press a bit. But regardless, this is a top notch old fashioned sweeping drama, a must see for cinema buffs. My connection - the buffalo were creations of a makeup effects lab, and when they came here to do Stephen King's The Night Flier, they actually had some bits and pieces of the buffalo that had made the trip - they carried all kinds of stuff like that in case they could use it again - this is why during the airport massacre scene in The Night Flier, there are (unrecognizable) heads made for other movies in there - so this low budget Stephen King movie has inadvertent cameos from Pierce Brosnan (head made for Mars Attacks) and Drew Barrymore (head made for Scream). So - I have touched a Dances with Wolves buffalo! Huzzah!

Craig: I had no idea that bits and pieces from other movies are used again in new projects. It makes sense, though. Why re-invent the wheel. Very cool you had Dances with Wolves buffalo in your movie...wonder how many other films have some of that footage.

This will always be Costner's masterpiece. The bar was set too high for him to even come close to exceeding this success.